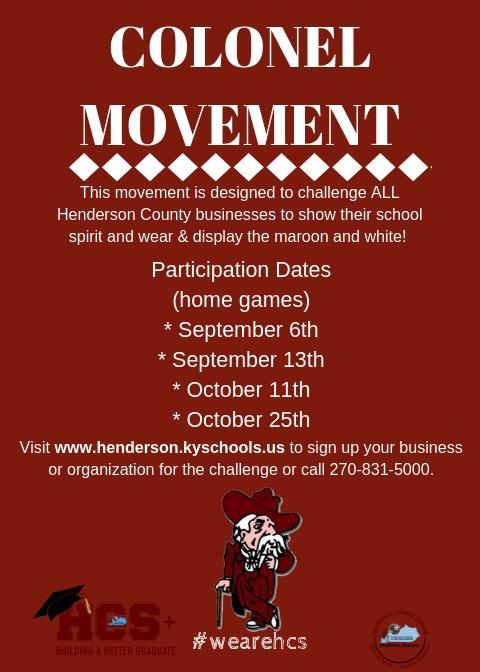 This year it is not a competition but we are encouraging all businesses to show off their best school spirit display!

NEW COLONEL CHALLENGE: Henderson County High School would also like to challenge all Henderson County Businesses to help collect canned goods for the Tri-State Food Bank. We will be collecting canned goods until September 12th and the business with the most canned goods collected will be recognized September 13, 2019 at HCHS live during the Channel 14 “Sunrise School Spirit” Pep Rally. We want to SEE MAROON and WHITE and CANNED GOODS!! The colonel will stop by and take a picture with your staff, pick up any canned goods that you collect, and he has free tickets to the home football game to give away. “Once a Colonel always a Colonel” 🏈